Hello again friends! It's been quite a while since our last check in, but as has been true for all of you, I have been reckoning with the personal and communal effects of the pandemic we are currently living through. I am grateful to say that I have not been without work and would love to let you know about what I have been up to. In the fall of 2020, I was brought on to serve as part of the covid compliance team for Center Theatre Group's digital stage (filmed-to-be-streamed productions available online), serve as the lead covid compliance officer for Geffen Playhouse's zoom based production of The Future, coordinate production elements/stage manage Notre Dame High School's Improv Show, and other live broadcast shows and events such as the Rock of Ages All Star Reunion Concert. With a hopeful eye toward the summer and beyond, I hope to have more good news to report. Until next time! 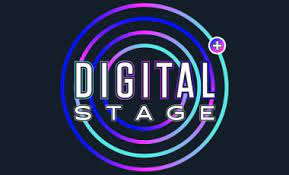 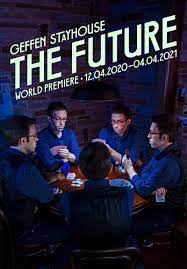 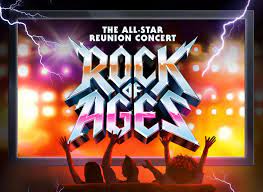 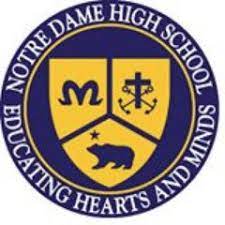 Fall has come and gone and now we're firmly in Spring with an eye toward Summer, and I'm happy to say I've been busy with some exciting projects in Southern California and across the country! 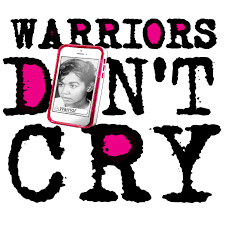 I've hopped off the Magic School Bus and found myself in Evansville, IN for an exciting summer season with New Harmony Theatre, serving as resident ASM, though I'm the rehearsal SM for the second show and PSM for Driving Miss Daisy. See y'all in the fall! 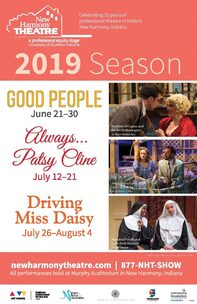 Hello again! It's been quite a while since my last update. I am about to embark on my second national tour with the brand new production "Magic School Bus: Lost In The Solar System." Excited to see more of this expansive country and to be able to bring this specific story (and theatre in general) to thousands and thousands of young audiences. I'll post from the road when I can. Perhaps even start a travel section! Happy almost Fall!

2017-2018 Season
As my time in Texas has come to an end, I will be taking a week-long vacation *hooray* before returning to the city and state I currently call home (NY) to embark on my next exciting project! I'll be stage managing 1001 Nights: A Love Story About Loving Stories for The Atlantic Theatre Company/their Atlantic For Kids division. Texas has been a completely different experience in terms of way of life and I'm so grateful to all the friendly, genuine folks who made this little Texas town feel like yet another place to call home. It was great to return to stage management and now it'll be full speed ahead for the foreseeable future. Onward ever upward and all that. The next time I update this, it will likely be from my new apartment in the City. See y'all in a bit! 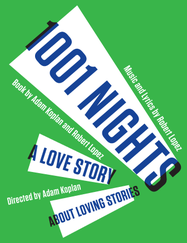 Hey y'all! As we've recently begun to thaw into what is turning out to be a beautiful spring here in NYC, I'm thrilled to announce that I will be heading West for the summer to join the Texas Shakespeare Festival in their 30th Anniversary Season! I'll be stage managing Blithe Spirit and Henry V for them and could not be more excited. My season with Aurora Productions is rapidly coming to an end and I'd like to take a brief, if self-indulgent, second to reflect on how grateful I am to have had this opportunity. If you'd have told the passionate, geeky theatre kid I was(and proudly still am) that I would work on Broadway one day, he would not have believed you but would have still hoped it would happen despite all the odds. My sincerest thanks to the people of Aurora Productions and everyone I've had the pleasure and fortune of working with on these incredible (most of them Tony nominated!) shows. I now make a glad return to stage management, with the hope that I will sooner rather than later be back on the great broad way, in a stage management capacity. I will be back in NYC following this summer in the great state of Texas, but as the freelance life demands I have no idea what I'll be up to quite yet. I promise you'll all be the first to know ;) 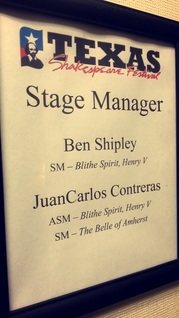 So, 2015 happened. And what a year it's been! From the end of 2014 through the summer of 2015, Ben completed his brief tenure with New York Theatre Workshop, served as Assistant Stage Manager for the New York Times acclaimed production of Titus Andronicus with New York Shakespeare Exchange, served as Board Operator then Assistant Stage Manager for The Pearl Theatre Company's productions of The Winter's Tale and Don Juan.

For the summer of 2015, Ben Fringe'd all over NYC as venue director for the Lynn Redgrave Theatre @ Culture Project and the Soho Playhouse, including Beware The Chupacabra!, Crack In The Ceiling, Creative License, Dex: A Killer Musical Parody, Divine/Intervention, Laugh Track, Princess Cut: A Young Girl's Reality Inside A Tennessee Sex Ring, Reading Between The Lies, The Report, Single Room Occupancy, She-Rantulas From Outer Space in 3-D, Stalker! The Musical, The Submarine Show, and Summer Blue.

Since FringeNYC 2015 came to a close, Ben has joined Aurora Productions, a production management firm, for a season-long internship. His projects so far have been Allegiance! at the Longacre Theatre,  Noises Off! at the American Airlines Theatre, The Robber Bridegroom at the Laura Pels Theatre, Long Day's Journey Into Night at the American Airlines Theatre again, and the US leg of an international tour. Ben is thrilled to be working on Broadway and hopes to continue to do so beyond his Aurora days. 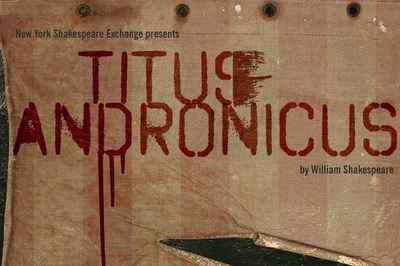 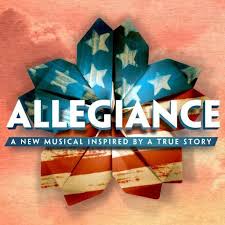 Since making the big move East, Ben has involved himself in multiple rewarding theatrical endeavors. He has been a member of the wardrobe crew for the Public Works production of The Winter's Tale at the Delacorte Theater in Central Park, been a stand in during tech for The Fortress of Solitude in it's recent extended run at The Public Theater, and served as the lead production assistant on Blackout: House, an immersive theatre/haunted house event on the lower east side of Manhattan. Now, he looks forward to becoming a part of the run crew for The Invisible Hand at New York Theatre Workshop, currently in performance, as well as serving as a script reader/evaluator for Young Playwrights Inc.'s next National Competition. 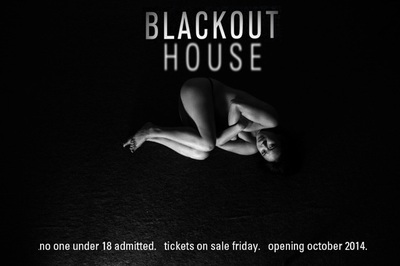 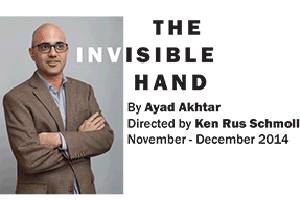 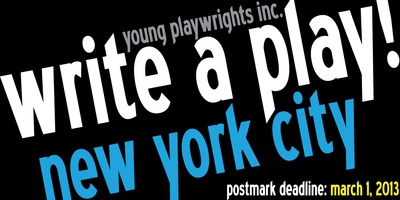 Ben has just made a huge professional and personal leap in moving from Los Angeles to NEW YORK CITY!!!! Excited for the adventures and opportunities ahead, Ben is settling into his cozy corner of Brooklyn and hitting the ground running looking for his introduction into what is sure to be a large, exhilarating community of talented theatre artists.

Ben most recently served as Production Stage Manager for Echo Theatre Company's world premiere of Backyard by Mickey Birnbaum. Directed by Larry Biederman. The show opens May 31st and runs until July 6th with a possible extension.

Information and tickets may be found at: http://echotheatercompany.com/new_productions/backyard/

Ben was Production Stage Manager for Illyrian Players' second season opener, How I Learned To Drive by Paula Vogel. Directed by Carly D. Weckstein. Performances ran mid-March and  through mid-April. Here are some rave reviews!

Toward the end of February Ben closed a production of The Diary of Anne Frank, translated by Wendy Kesselman, with Phantom Projects Theatre Group. Ben served as production stage manager for this thrilling piece, directed by Alexis Jacknow. Performances took place at the stunning 1300-seat La Mirada Theatre for the Performing Arts, one day only. We had 3 performances, 1 open to the public, 2 exclusively for middle and high school students on Thursday, February 20th. For many, it was their first time seeing a live theatrical production. More information is available at this link:

Ben served as the light and sound board operator for The Visceral Company's production of The Mystery Plays by Roberto Aguirre-Sacasa. Directed by Christopher Basile. Lighting design by Ric Zimmerman. The playwright himself attended our production and gave his stamp of approval!

Here are only some of the glowing reviews this production has received: